Round up: Baywatch, People's Sexiest, People's Choice and more 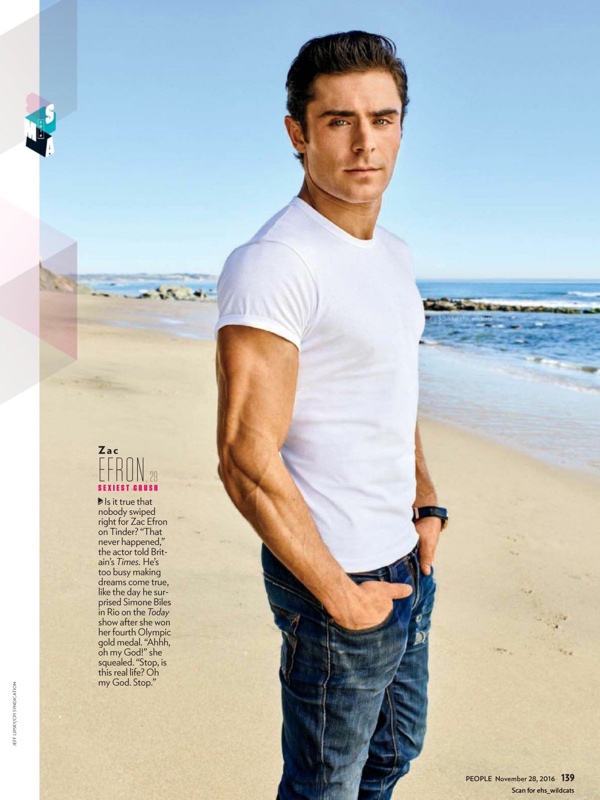 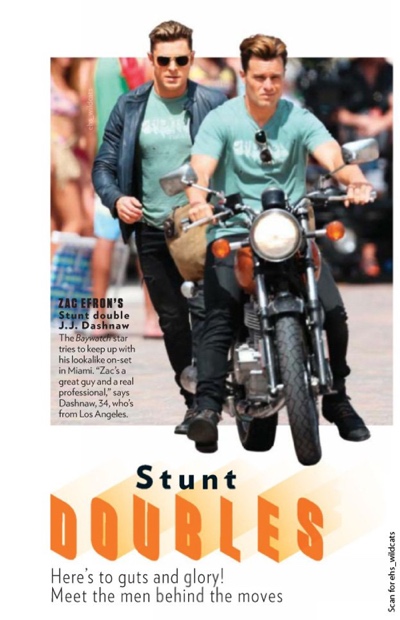 Your personality is the most attractive. Underneath the rippling muscles is a caring heart. Congrats 2 the sexiest man alive- love you dawg! https://t.co/iHCSTahhHx

Luv u back brotha and appreciate your kind words. For the record, your 💪🏾's are "rippling". Mine are more in that jacked egg yolked space. https://t.co/65TDOIGcSQ

I made Baywatch w/ @ZacEfron. Don't get why people find him attractive. Perfect face, 28 pack abs, hard worker, great dude. I don't get it🤔 https://t.co/2bfaXs00q5 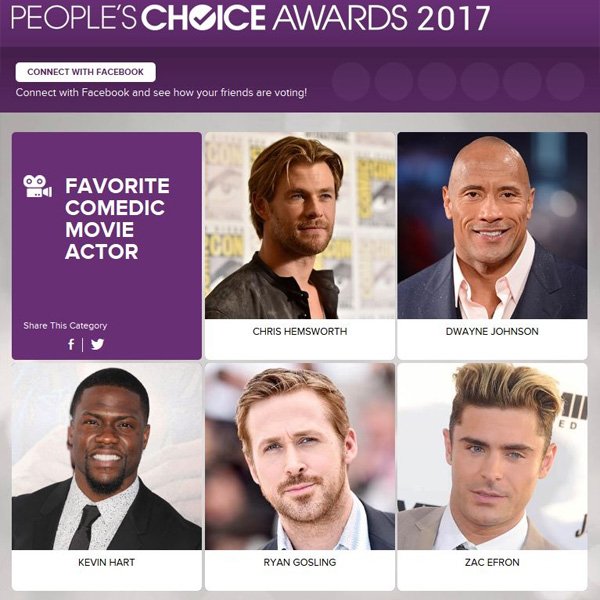 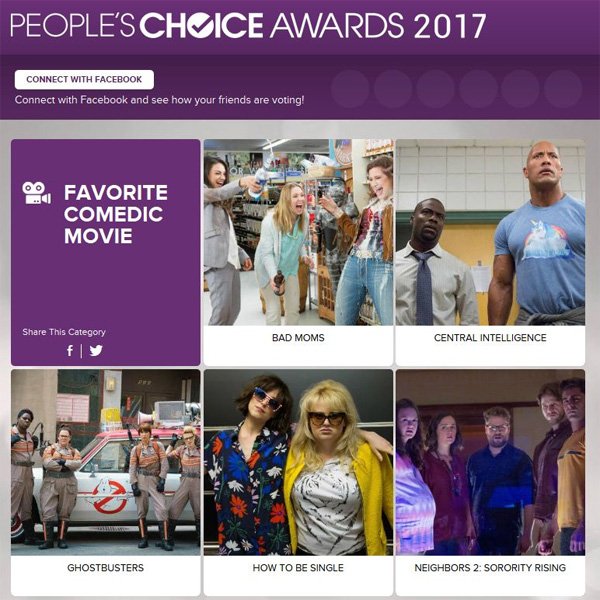 Vote for Zac HERE and for Neighbors 2 HERE.

From an interview with Matt Iseman, host of ANW at Armchair Ninja Podcast,
listen to full interview there if you want:

We're gonna be doing a Celebrity Ninja Warrior, a one-off special for Red Nose Day. We're trying to get eight celebs, which is harder than it sounds because a) we have to find celebs who are willing to do and then b) make sure their schedules are clear. We'll be taping it when we tape Los Angeles qualifying and city finals at Universal… so obviously guys like Stephen Amell from Arrow, Zac Efron these are names that we're reaching out to.

So if Zac does this, and has done Bear Grylls, the only thing left I need him to do is The Amazing Race with Dylan or his dad :D

Anna talks about Zac, from E!:

The actress also dishes on working with Zac Efron, whom she compared to Charles Manson.

"I'm morbidly interested in Charles Manson," she said. "I've always wondered what is it about Manson that was so charismatic? Then I met Zac and was like, 'Oh, there it is.'"

"I'm glad [Zac] hasn't asked me or anyone else to murder someone for him because I probably would," she joked.

Zac Efron could easily be a cult leader.

Anna Kendrick just wants you to know that her Mike and Dave Need Wedding Dates co-star Zac Efron could be a cult leader if he wanted. “Working with Zac Efron gave me a real-life understanding of how Charlie Manson got all those people to move to a ranch and do his bidding. Hear me out!” She writes, later elaborating on his essential magnetism. “People are just drawn to this guy. They behave like monkeys around him … You know those movies where some remote culture sees a dude in armor for the first time and mistakes him for a god? It’s like that with Zac Efron.” Too bad his magic couldn’t help the box-office numbers of Neighbors 2.

Corbin talks about Zac giving him a standing ovation, click over to People for full video:

And it turns out, Efron was so impressed with his former costar’s performance that he gave him a standing ovation — in the middle of the play.

“When [the musical number] firecrackers ended he stood up,” said Bleu. “People usually throughout the show won’t have an ovation, but he stood up. It was just him!”

Bleu said he was touched when he looked out into the crowd and saw Efron.

“I could see him and I was just like ‘awesome dude.’ ”

Simone on meeting Zac in excerpts from her book posted on Cosmo:

Little did we know that her producers had flown Zac to Rio after the floor exercise final to surprise us. When he walked out on set wearing a navy blue USA sweatshirt and green khaki shorts, I thought I was going to pass out. Seriously. We all started screaming, and Laurie [Hernandez] went to hug him right away. I actually ducked behind Aly [Raisman], hiding because I suddenly felt so shy.

Zac was as warm and welcoming as I’d always heard that he was. “Hey, I’m the one with the butterflies,” he said as he hugged us one by one. Then, when I finally came out from behind Aly, he lifted me right up onto his hip and planted a big kiss on my cheek. I almost died. I was giggling so hard, all I could think was, This can’t be real life. This is too perfect to be real.

Zac Efron was even more gorgeous in person and way nicer than I imagined. He told us, “When I found out you guys were fans, I was like, what am I doing sitting here on the couch? I have to come see you. I have to come hang out and support you guys, because you’re America’s true heroes right now.”