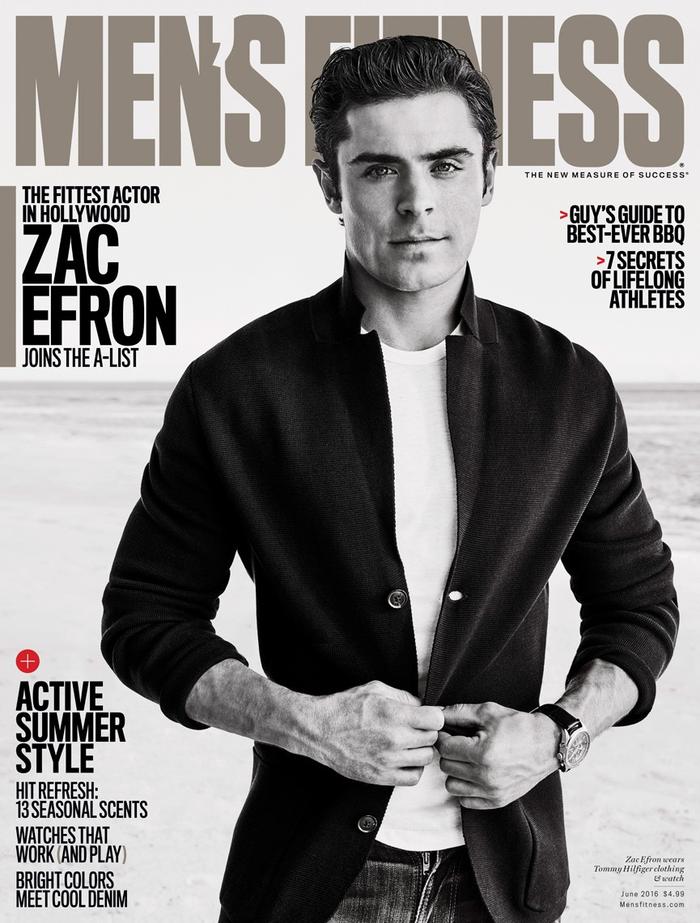 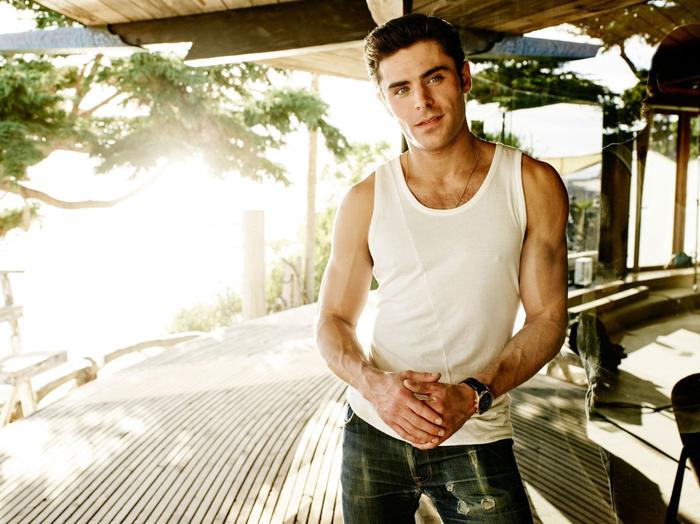 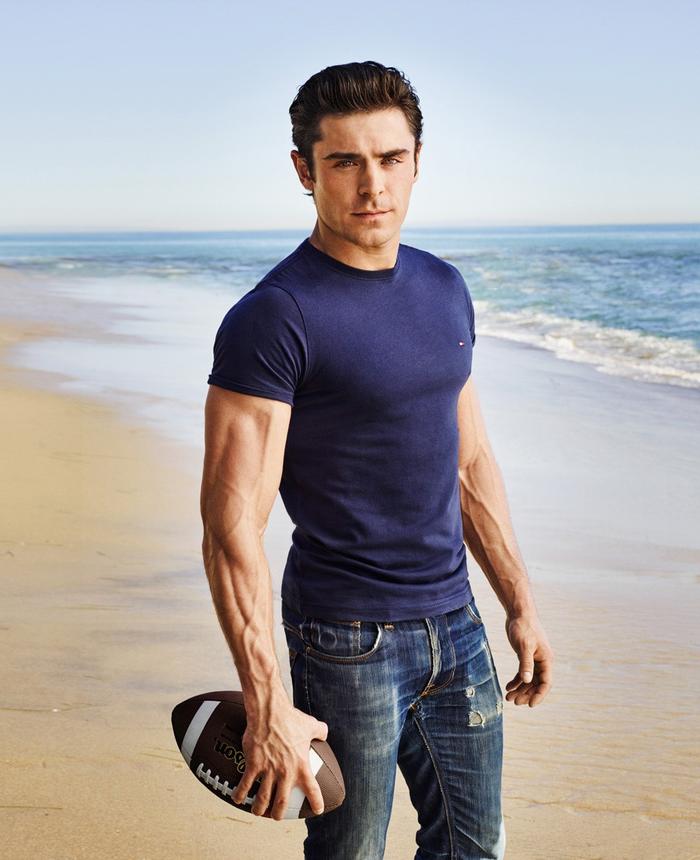 Ugh this just makes me self conscious- the story is really great though- if you have time to read it- it's pretty accurate about my life at the moment. Thanks #MensFitness http://bit.ly/mensfitnessze #humbled

More from the Press Tour

Others talking about Zac

TeenVogue: The film is full of great comedians, but who was the funniest on set?
Kiersey Clemens: [Zac Efron] was the funniest! The thing is that everyone on set is so funny, but we were laughing at Zac the hardest because I didn’t see it coming. From the first one we know he’s funny, but I didn’t know just how responsible he was for that. But you can give him any line and he’ll find a way to make it work. I expected everyone else to be funny, but with Zac I was thinking, ‘Are you, though?’ But he’s hilarious.

KC: [Laughs] I loved how you said that, because everyone always asks about his abs, and me and the girls are like, “Can someone ask about his personality?!” He’s the sweetest little soul and he’s funny and kind and considerate. He gives everyone a hug and asks how everyone’s doing and remembers things about people. He’s just a really kind person. I don’t think people think he has the personality that he does. He’s not a cocky guy; that’s actually the last word I’d use to describe him.

Of all the gross-out gags in the film, the moment when Teddy’s (Zac Efron’s) balls pop out of his shorts during his attempt at a Magic Mike moment drew by far the most guffaws. There Teddy is, oiled up and gyrating his hips like his life depends on it, when all of a sudden we are treated to a close-up view of his balls joining the show. (For those wondering about the hunk of meat used to grease him down, Stoller said it was a real barbecued pork shoulder that had been filled with baby oil: “Zac smelled delicious that day.”) Teddy’s screw-up sends a crucial weed heist flying off the rails: his one job had been to distract a horde of college-aged girls with his dance moves, but the spell wears off in a split-second after the testicles staged their cameo.

For those who saw flashes of a Magic Mike impersonation in Teddy’s dance of seduction, you weren’t far off the mark: Stoller said the inspiration behind the bit was his longstanding amusement at how men love to see everything when they go to strip-clubs, whereas women . . . not so much. “Like the Magic Mike movies—which I really like. I love those movies. I think they’re awesome. But if Channing Tatum showed his weiner, it would just be a big, giant turn-off.” He’s not wrong.

Naturally, we weren’t actually looking at Zac Efron’s private parts; they were prosthetics. But picking out a pair of prosthetic balls is no dashed-off effort. There’s a lot of nuance that goes into finding just the right pair for the job. And in this case, it took the prop guy two tries to get them looking just right.

“The first set of testicles were not nearly handsome enough,” Stoller said. “They were very wrinkly and had too much hair, and I told him he needed to return with more handsome balls.”

The second pair was apparently a better fit, and were submitted to Efron himself for approval before they made the cut—not out of vanity, but because “it’s the right thing to do.” At first, that bit was going to be filmed with a legs double, to prevent Efron from giving the paparazzi a potential goldmine if photos ever surfaced—even with fake balls. But alas, no double had legs that are quite as buff as Efron’s. “Zac saw the stand-in’s legs and was like, ‘I’ll do it,’“ Stoller said. What a champ!


But for real have you seen #Neighbors2 yet??? One of these guys directed it and the other cries in it a lot!!! 👬 pic.twitter.com/qOvv70LlqI

Zac got nominated for a Teen Choice Award. Click the image to vote: 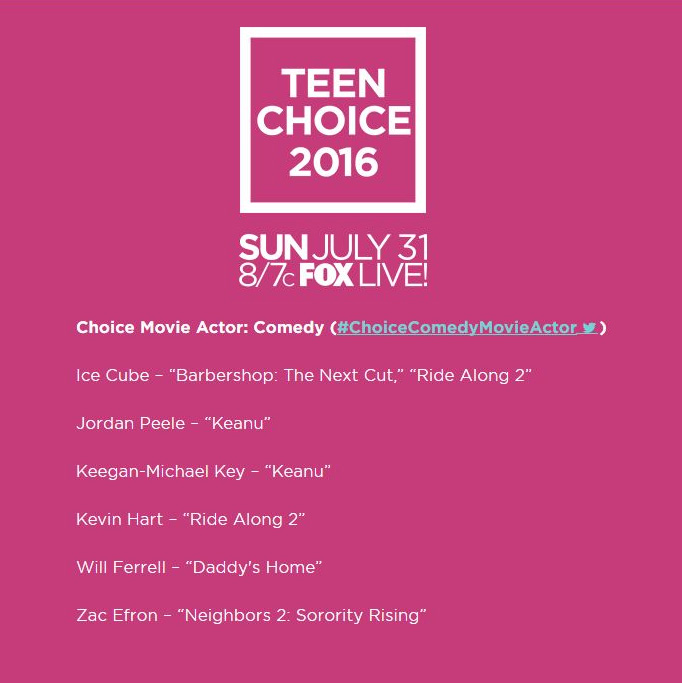 Neighbors 2: Sorority Rising, Universal's follow-up to its 2014 comedy hit, took in an estimated $21.8 million for its domestic debut. That's a 56 percent drop from the first film's tally of $49 million when it hit theaters in 2014. Going into the crowded weekend, tracking had the pic (which earned a B CinemaScore) landing higher, in the low $30 million-range...

The comedy also expanded into 10 more foreign markets this weekend for a total 45 territories in release. The international weekend total is an estimated $6 million for an international gross of $30 million and a worldwide tally of $51.8 million.

It's a bit weak but it will still make money. I am not surprised by the number at all. Traffic for social media was a lot slower... tv ads caused only a minor uptick in tweets ever, for instance. There just wasn't the frenzy for the first which has a lot to do with the repetitive concept, slightly weaker quality though it did get decent reviews (esp for a comedy sequel), and possibly assholes who don't like funny girls. I do also feel like the marketing was a lot weaker, both in quality and in quantity. This is certainly true internationally, where Zac could not be involved. The international number was probably the most disappointing but they did so little for it. It all felt a little like Universal just wanted to keep costs down and coast as far as they could on the first film's reputation. Which is... okay... I guess. Like I said, it will still make money and ultimately I consider the film a win for Zac's good reviews as well as the success of how it handled progressive themes.
Tags: beanie, box office, interviews, junket, men's fitness, neighbors 2, photoshoot, stoller, tca, tv spots
Subscribe