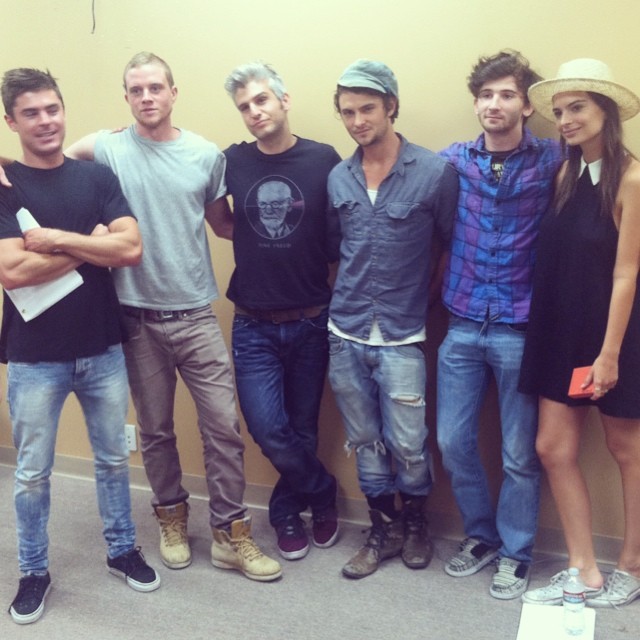 Our cast! Gave me chills during our first table read. So pumped. #WeAreYourFriends -moppyopps

( Collapse )
Filming is scheduled to begin on August 18th at a school in LA (idk which one sry).

Little bit of casting news from this evening, via TheWrap:

Jon Abrahams, who co-starred in “Scary Movie” and “Meet the Parents,” will join Zac Efron and Emily Ratajkowski in Working Title's EDM-fueled coming-of-age drama “We Are Your Friends,” TheWrap has learned… Abrahams has been cast as a sleazy club promoter who crosses paths with Efron's character.

BTW, this is the track that presumably the title is based off of.

ETA: Max recently followed Douglas Crise on twitter. Could mean nothing but it could also mean (given his other recent follows have been WAYF people) that Crise is going to be the editor for the film. Which, given his c.v., is pretty cool.

And also, actress Alicia Coppola tweeted that she was joining WAYF. I am guessing she is playing a character called Mrs. Romero or maybe Sandra, but I'm not positive.
Collapse