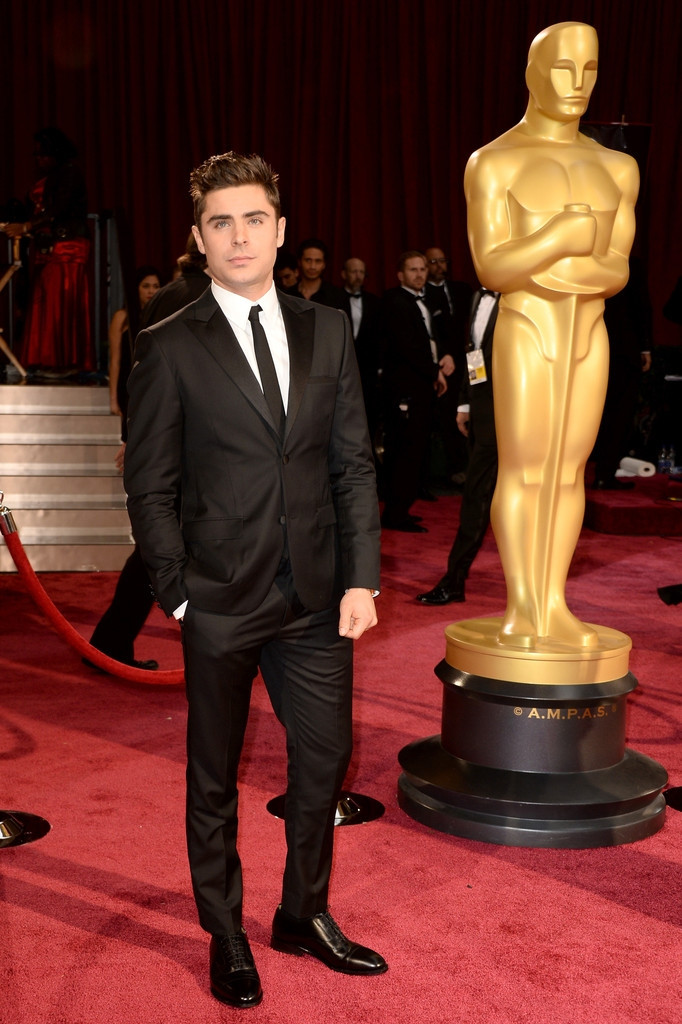 All night the long, narrow stage wings are flooded with the show's hundreds of crew members, security officers, presenters, singers, dancers and — most notably — winners.
Often the wings are a place for last-minute primping. A makeup artist with a puff powdered Zac Efron and Matthew McConaughey's noses, and a hair stylist lent Kate Hudson some hairspray...

Actors often greet each other with the universal celebrity hello ("I love your work"), but backstage on Oscar night, no one got warmer welcomes than presenter Daniel Day Lewis. Outside the men's room, Efron said to the "Lincoln" star, "Thank you for everything you do."

When Zac Efron found himself behind Daniel Day-Lewis in the backstage bathroom line, he used the opportunity to express his admiration. "I'm such a huge fan. Your work inspires us all," Efron said, shaking the Oscar winner's hand. "It's great to have someone like you to watch and be inspired by."

Although gracious, Day-Lewis didn't want to spend too much time collecting accolades. "I'm just going to sneak in there before someone else does," he said as he made a beeline for the bathroom.

BTW, I thought Ellen was funny if a little cautious. But w/e. The pizza thing was hilarious. My boo Sandy B should've won (YES IK CATE WAS GREAT, but so was my booooooo). And while I'm fine w/ 12 Years winning I wish Gravity could've too, it was such a feat. Y U no tie so everyone can win? :'( 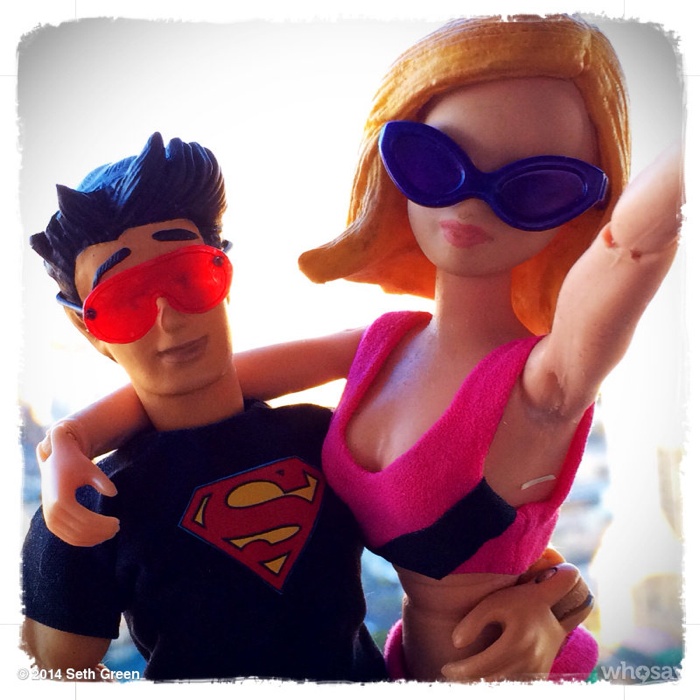 Seth's WhoSay
From the press release:

The Robot Chicken DC Comics Special II: Villains in Paradise returns the DC Comics universe of characters back into the twisted talons of the Emmy Award®-winning Robot Chicken. This time around, the villains take charge of the narrative, and their unpredictable tale takes them from the swamps to the sky to the beach, where they finally face a mind-boggling threat to their very existence! The all-star cast includes Seth Green as Batman and Robin, Zac Efron as Superboy, Alfred Molina as Lex Luthor, Sarah Hyland as Lex Luthor’s daughter Lena, Nathan Fillion as the Green Lantern, Alex Borstein as Wonder Woman, Clancy Brown as Gorilla Grodd, Giovanni Ribisi as the Joker, Tara Strong as Harley Quinn, Breckin Meyer as Superman, plus Hugh Davidson, Matthew Senreich, Clare Grant, Zeb Wells, and Kevin Shinick as the narrator.

Also in going back and reading more about the special I found an older EW article with more details about Superboy's storyline:

It was Green who reminded the room that Lex Luthor (voiced again by Spider-Man 2‘s Alfred Molina) has a daughter in the DC canon. ”The idea of Lex Luthor having a daughter that he’s got to both have a relationship with and discipline is very funny,” he says. Especially if she were to meet Superboy, the hot teen clone of Superman.

“The best part about the DC universe is there’s so many characters and there’s so many stories that have happened over the years, and some of them are just crazy. [DC Entertainment's Chief Creative Officer] Geoff Johns gave us a fair amount of leeway with the stories that we wanted to tell,” says Green, who’ll once again direct. “It’s gonna become a little bit more of a West Side Story/Romeo and Juliet star-crossed love story.”