Facebook announced on Wednesday it will host a Facebook Live event during the festival with the stars and director of Universal's upcoming comedy Neighbors. That means Zac Efron and Seth Rogan [sic], alongside the film's director Nicholas Stoller, will be on hand to answer questions in front of a live audience on March 8.

The event is part of a larger Facebook partnership with Funny or Die... Funny or Die announced the partnership on Friday; it has three days of events scheduled at the the [sic] Funny Or Die and Facebook Clubhouse in Austin.

"Partnering with Facebook at SXSW is just a natural fit," Funny or Die said in a statement given to Mashable. "We can easily work together to amplify all of the great content we will be creating at SXSW including live events and digital content [...] Also, they make great queso."

Also, Lucas posted a cute pic on his whosay: 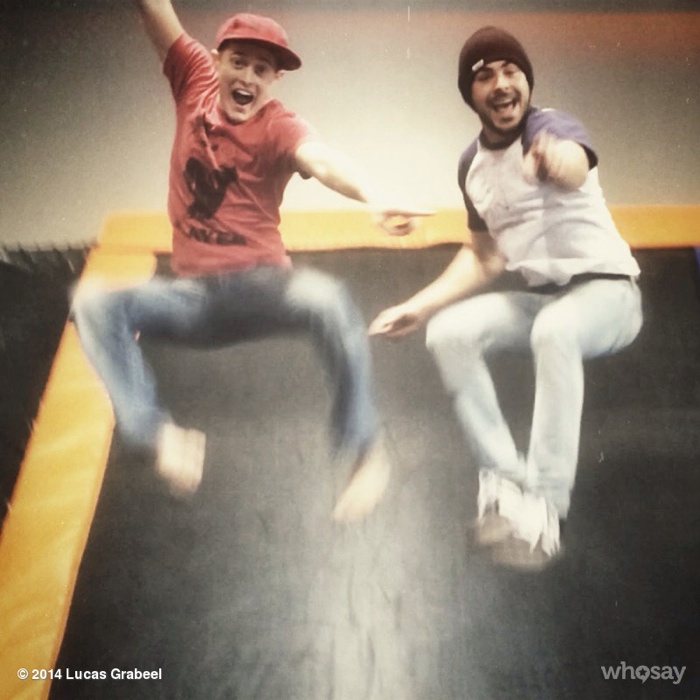 Me and @ZacEfron are required to jump when we hang out. We're just excited about #135n8
http://www.whosay.com/l/csH7Tg4 #HSM #jump