CAMBIO in which Miles and MBJ choose Sandra Bullock as their celeb crush, showing their excellent taste (seriously, can she be my sister? she's so fucking awesome) 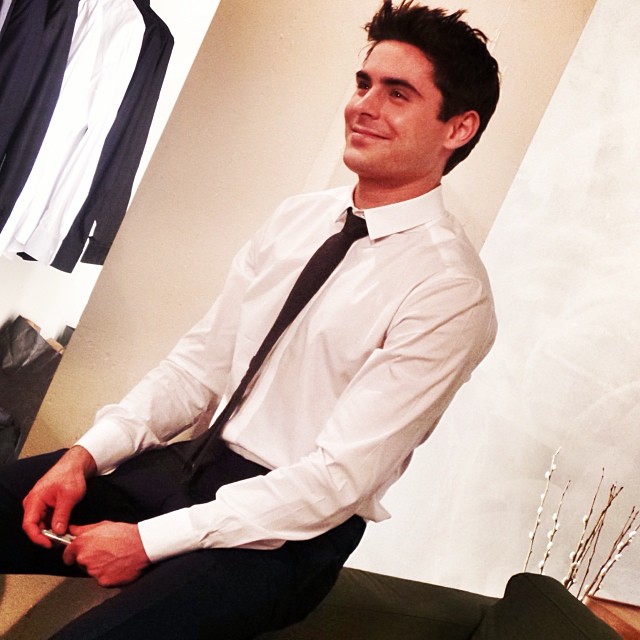 To start with, the Thursday night numbers from Variety:

Zac Efron’s buddy comedy “That Awkward Moment” has launched with $246,000 from Thursday night late shows in the U.S., opening in line with forecasts for $11 million to $15 million during the Super Bowl weekend.

Focus Features is aiming the film at female moviegoers and opening in 2,800 locations. Zombie comedy “Warm Bodies,” which also appealed to young, female audiences, took in just under $500,000 from late shows this time last year and went on to open at $20 million.

Here is a round up of all the box office predictions and the last cut, probably the most interesting thing, an evaluation of social media engagement from Variety:

I'm honestly not sure what will happen. I do really hope it will open over $10 million. I'm still not convinced though because social media interest just doesn't seem hot enough. There have been some nice tweets from regular non-fan people who watched it already which is good. I do think that there is a generation or culture gap between the mindset of most critics versus the audience it is targeted to which accounts for some of the negativity in reviews. So perhaps audience word of mouth will provide some positive momentum despite the not-so-good reviews.

It is interesting that boxoffice.com notes that on Flixster TAM is slower than 21 and Over (also R-rated) given that on IMDB, TAM is quite a bit ahead of 21 and Over on the Moviemeter. 21 and Over made only $8.7 million on opening weekend (3/1/13). So hopefully the financials follow the IMDB trend, not Flixster.

One of the other comparisons referenced is Warm Bodies (2/1/13). It opened to $20.3 million and as Variety said, the midnight showings were almost twice TAM's. The Moviemeter for WB is also somewhat ahead of TAM's on a comparative timeline. I think a few points are important too regarding the comparability of these two movies. If WB had big names, it's Moviemeter would've been higher. Also it had way better reviews, it was PG-13 and it definitely overperformed. All of these things explain why TAM will NOT perform like WB. It just won't be as high and by a significant margin I think.

One other thing the analysts may be underestimating is how front-loaded star-driven movies tend to be, at least one like this with almost no other compelling reason to go except the stars. Fans go for Zac (and, to a lesser extent Miles and MBJ) which inflates the opening day number and can lead to over-estimated weekends. And with social media engagement flagging, it doesn't show signs of breaking out.

Anyway, all of this just boils down to what I said before, I'm not sure what will happen, lol. This film really isn't as clear cut as some of his others but I do think it is going to be closer to $10 million. But again, I just hope it is on the plus side of that number.

For reference, the Rotten Tomatoes consensus is this: "Formulaic and unfunny, That Awkward Moment wastes a charming cast on a contrived comedy that falls short of the date movies it seems to be trying to subvert." There are some really negative reviews that focus a lot on the misogyny. I haven't seen it yet (hopefully tomorrow) so I can't speak to that topic but it's easy to see how the film might push buttons.

Generally the cast are considered the saving grace or are ignored in face of the other issues. There are a few that really rip Zac but I think that has a basis more in the fact that he's the only one of the cast that reviewers feel comfortable criticizing because Miles and MBJ are indie darlings and will always get a pass compared to Disney musical boy Zac (c'est la vie/RME at their prejudice). I will say I was happy to see a few reviewers who traditionally have not held Zac in high esteem being a little more open to Zac.

Below are excerpts of some of the better reviews. I don't feel a need to post the negative ones tbh since mostly they don't focus on Zac but on the film as a whole. But you are welcome to head over to Rotten Tomatoes to find them, lol.

MTV: "Most Likely to…" in which Zac wants to be young Yoda and the guys storm out

Can't Embed: TV Spot - Too Much, Clip - That Awkward Moment When You Have To Get Horizontal
Collapse