Also update to the tv schedule, Zac will be on Jimmy Kimmel tonight and on Conan on Monday, Feb. 3 with Miles and MBJ. ETA: forgot the Queen Latifah show appearance on Feb. 4! 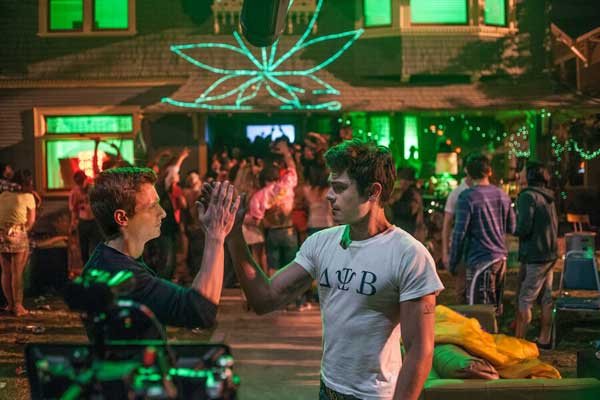 I'm just going to link to Hitfix.com's Drew McWeeney's convo with Evan Goldberg since there isn't really anything super pertinent that isn't already covered elsewhere. When Drew posts his other set visit things, I may make another post for it, if there is any really super new info. Also while I posted the bullet points from Collider's 30 Things article that weren't covered in the Seth/Zac and Nicholas interviews, I'm hoping Frosty posts full interviews with the others later, cause they sound funny.

In other AWESOME NEWS, Neighbors will premiere at SXSW Film Festival! Though the festival's site does not list dates or times yet, Ike Barinholtz, who play's Seth's friend in the film, says the premiere is on March 8th. 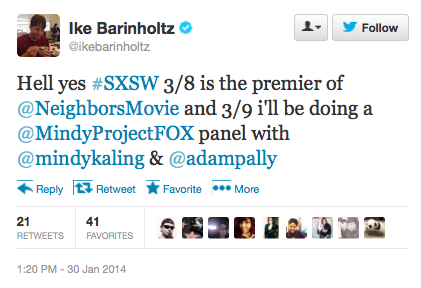