Here is some of what was said about Parkland. Unfortunately it was a pretty mixed reception but mostly the actors aren't blamed. The camerawork gets some praise but overall it seems the story tries to do too much and the dialogue and directing is weak. Many commented that it felt like it would've been better suited to tv, like an HBO mini-series or something.

I've included all that we have so far, even the bad ones because they make a lot of interesting points. I especially like the comment in the Indiewire one about how the women in the story are diminished.

The bloody hospital scenes are graphic and sometimes painful to watch, but the sense of being right in the middle of the chaos is vividly caught. Zac Efron and Colin Hanks play the residents tending to the President, and Marcia Gay Harden is the head nurse. They convey the right note of numbed shock, along with a sense of professionalism—people doing their best during an unprecedented national emergency.

The film is very well filmed in a verite style reminiscent of DA Pennebaker documentaries of the early 60s. There is constant use of handheld camera and lots of sweaty close-ups of panicked FBI agents and medical staff. The performances are full blooded and Landesman includes details that are bound to be fascinating to anyone interested in the circumstances in which JFK died. Unfortunately, that doesn’t mean Parkland works as a drama. Landesman offers us a sophisticated and meticulously detailed historical reconstruction that, as storytelling, remains disappointingly inert.

I probably won't make a post about the press they're doing in Venice since it is just the director and Tom and not much is said about Zac. I'm sure we will hear plenty from Toronto. 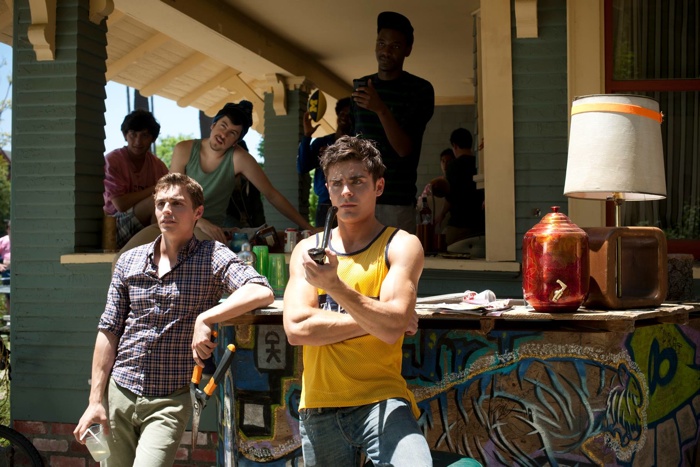 I'm sure they wanted to get this in front of the This is the End re-release.
Collapse