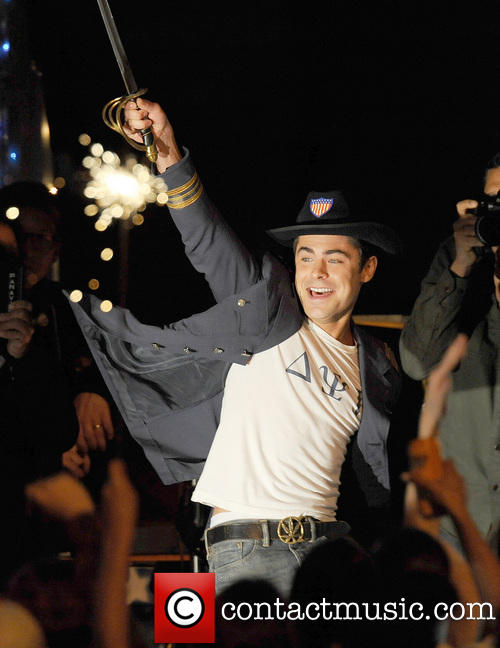 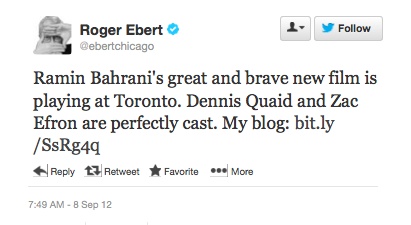 As you can see, I'm trying to catch up on posting what I've missed the past week or so being overwhelmed with work. And here are some reviews! I've included some from the earlier film festival screenings since it's been awhile. Zac's mostly been praised for his performance in 'At Any Price' which is awesome!

Efron, who's been proving himself a capable actor in films such as Me and Orson Welles and The Paperboy, gives a vibrant, resourceful performance powered by an inner strength. His scenes with Quaid are electric. There's a palpable tension between them, and also an abiding love.

Under the influence of writer-director Ramin Bahrani, Mr. Efron moves another step in the direction of mature psychological complexity and several miles further away from his frivolous fan base of teenyboppers who hark back to his High School Musical days.

The hot-wired performances by Mr. Quaid and Mr. Efron drive them home in a movie that sticks to your ribs and stays in your head.

Subtlety is hardly at home here, with Quaid’s especially earnest performance a well-suited mask for Henry’s desperation that nonetheless amplifies the phoniness of the entire enterprise. Efron does a better job of conveying his long-stewing resentments with nary a word spoken, but every bit of dialogue that does come out of his mouth is similarly keyed into obvious angst.

All muscled up and blue of eye, Efron does a dandy sexy-sulky imitation of that other Dean.

When the story works, it has a dark power that draws shrewdly upon his two leads' screen charisma…

Playing well off each other, Quaid and Efron inhabit a fine tension between possibility and despair.

As for Efron, anyone who saw him in Richard Linklater’s underrated Me and Orson Welles recognizes that the former High School Musical star has some depth beneath his boyish good looks. Dean is an ideal vehicle for Efron’s talents.