There are also a lot of clips at Getty, here 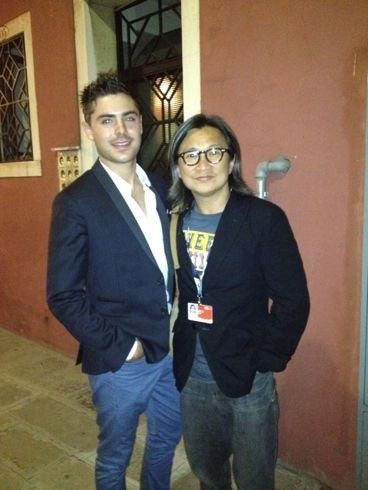 This story behind this is cute… Chinese director VFF juror Peter Chan stalked Zac on behalf of his daughter, lol...

Chan wrote that his 6-year-old daughter has been a fan of Efron since she was 4.

It seems that being a jury member didn't give Chan any advantages when meeting with Efron. Chan said he couldn't meet the actor during the screenings, as he wanted to be fair with the other award candidates. But during his spare time, he asked his contacts to help him get in touch with Efron.

Finally, a French actress helped Chan set up a meeting, and he was told to wait for Efron at the entrance of a local restaurant. Chan exclaimed in his Weibo post, "This is the first time I've ever been a fan."