This is a personal but sort of major thing so, from US Weekly: 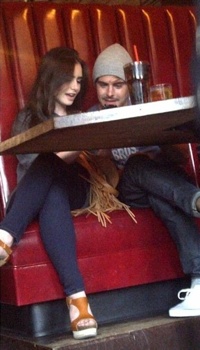 Zac Efron and Lily Collins' spring fling is over.

After just three months together, The Lucky One actor, 24, and the Mirror Mirror actress, 23, have split, multiple insiders confirm to Us Weekly exclusively.

"They're no longer together. They were never serious, though; it was just a casual thing and it fizzled," one insider explains. "They were never in the same place at the same time."

A second source adds: "Zac was never very serious about her. He didn't talk about her to friends."

The stars were first spotted holding hands during a friend's birthday dinner at L.A. eatery STK February 8. After that, the low-key stars -- who have been photographed together only once -- only grew further apart.

"It's true that their schedules are crazy right now, which isn't conducive to a relationship being easy," a pal tells Us.

Um, my (somewhat more informed) commentary: Yes, they were dating... it was casual, very casual. Yes their schedules are crazy. They do have mutual friends so I don't really think he didn't talk about her ever, plus I wouldn't know what I know without chatty friends so there's that. Anyway. Believe whatever you want to believe, I guess. Though, if they were aiming for PR exposure, they didn't hardly even try.

Though, imo, this breakup announcement is way overkill, and it makes the whole thing come off more fake than it was. But I can see that if this is over and they are moving on to some other more public or exclusive relationship (e.g. she's rumored to be dating Chord Overstreet though idk that for sure), they may have wanted to just make sure this was closed off, press-wise. Still seems like too much to me, but whatevs.

I'm leaving comments open for now. If it gets mean or too much, I'll close them. 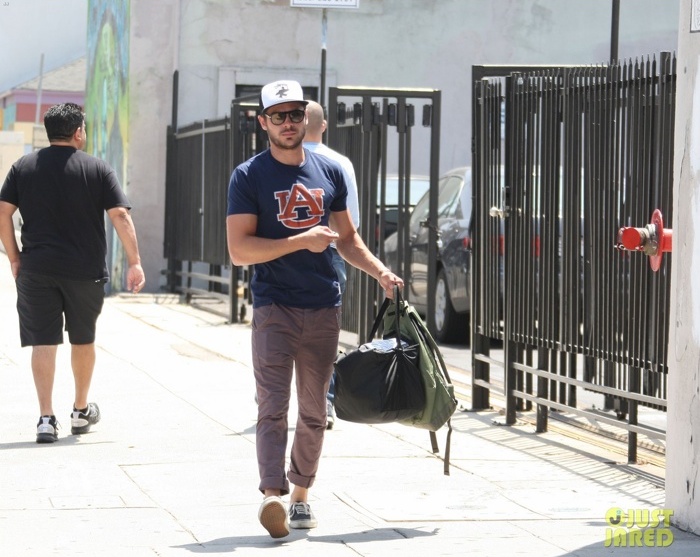