Excerpts from The Hollywood Reporter - "Cannes 2012: 'Paperboy' Director Lee Daniels on His 'Precious' Follow-Up and Why Zac Efron Is 'Hungry' (Q&A)":

What should audiences expect from the film?

I think that it’s a thriller that studies sex and race and the coming of age of a boy to manhood. Pete Dexter adapted his own novel, something that novelists aren’t always comfortable doing.

How did you work with him?

There was always Pete Dexter’s screenplay. Pedro Almodovar [who at one point was planning to direct the film] had written a draft also. But Pete’s was sort of the one I based my spin on. He wrote a script and I sort of rewrote, added on to what he wrote. He did a great job. I had my own take on it. I had a very specific take on race. Look, I had just left Selma, so I had that race issue in the ’60s bubbling up in me, waiting to explode. And I took a lot of that and laced it throughout Paperboy, which added another element to the story.

You’ve got a very high-profile cast. How did it come about? 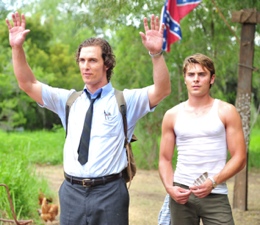 Casting was a circus. It was crazy. We kept losing actors because we kept pushing the start date. We started out with one cast and ended up with another. We started out with Tobey Maguire and Sofia Vergara and Bradley Cooper and we ended up with Zac Efron and Matthew McConaughey and Nicole Kidman. Crazy. I think the universe plays it exactly as it’s supposed to. I couldn’t be prouder of each of the actors in the film. They serviced Pete’s characters magnificently.

Zac Efron is the relative newcomer in the cast. How did he hold his own?

Zac Efron, he is hungry. That is the best way to describe Zac. He is hungry and eager. He really gave it to me, man. He brought it home for me.

How did the invitation to come to Cannes come about?

They kept asking. I wasn’t even done. We were about six months pregnant with the film. It was almost there, but it wasn’t quite there yet. But the producers were like, “We’ve got to go to Cannes, we’ve got to commit to Cannes.” For me, I don’t do movies for festivals. I like to wait until the movie is finished and then figure out where the film is supposed to be placed. Cannes felt a little early. But I had no say because I don’t own this film like I did with my others. I was a director for hire. But it all worked out for the good.

You’ve been to Cannes many times before, both in the festival sidebars and last year selling rights to The Paperboy. What’s it mean for you to finally be in the Competition?

This one is an out-of-body experience because it’s in Competition. It sounds corny to say it, but I’m humbled. That’s the only way to describe it, but I’m still sort of in shock and humbled that I’m in the Competition.

From moviezine via Breakingfree.se. Thanks to Sara for the proper translation.

"What is the latest news you have heard about "Easy Money" with Zac Efron? We looking forward to it!

- How fun. I'm one of the producers to the re-make and I've strong believe in Zac in this role. He has fair wind right now giving that his latest movie did well in the US and that he has one movie in the competion here in Cannes this year: "The Paperboy". He's also more excited than ever to do the movie so it goes forward. I can't say more than that right now."

Take it with a grain of salt but here is some initial feedback from a buyers' screening of 'The Paperboy' which took place this morning in Cannes. From indieWIRE:

One of the Cannes competition’s most high-profile titles, Lee Daniels’ “The Paperboy,” got some early exposure Tuesday morning when the film’s sales agents let a tight group of potential buyers and select critics into the Cinema Olympia on Rue Antibes. Millennium Films' pulpy thriller doesn’t receive its public Palais premiere until May 24, but interest has been high for Daniels’ follow-up to his breakout “Precious,” which won a pair of Oscars after its awards sweep at Sundance in 2009.

Early reactions suggest the film has more in common with Daniels' "Shadowboxer," an arty action film that left critics' jaws agape, rather than the crowd-pleasing "Precious." While there was praise for Nicole Kidman's performance as the trashy would-be lover of John Cusack's death-row inmate, one buyer described "The Paperboy" as a "trainwreck." Another gave the film a backhanded compliment: "It's a movie you have to see. You want to talk about it."

Acquisitions reps from Sony Pictures Classics, Fox Searchlight, CBS Films, The Weinstein Co., IFC Films and Focus Features were in the room Tuesday, along with star Matthew McConaughey and P. Diddy. The development creates the possibility that the movie will find a domestic distributor before its official launch Thursday.

Of course, Millennium does have a distribution arm, Millennium Entertainment. However, the preference would be to find a North American buyer; one source put the initial asking price as between $3.5 million-$5 million.

The film, adapted by Daniels from Pete Dexter's novel, stars McConaughey, Zac Efron, Cusack, Kidman, David Oyelowo and Scott Glenn in the story of a young man who returns to his Florida hometown in 1969 to help his journalist brother investigate the circumstances surrounding an inmate on death row. Regardless of how the film plays at Cannes, its movie-star cast and pedigree director make it a strong bet for a Stateside distributor, especially since its period story takes place in the sweat-soaked American south.

We'll get a better picture once the first reviews are out and perhaps we'll hear about a distributor before then. 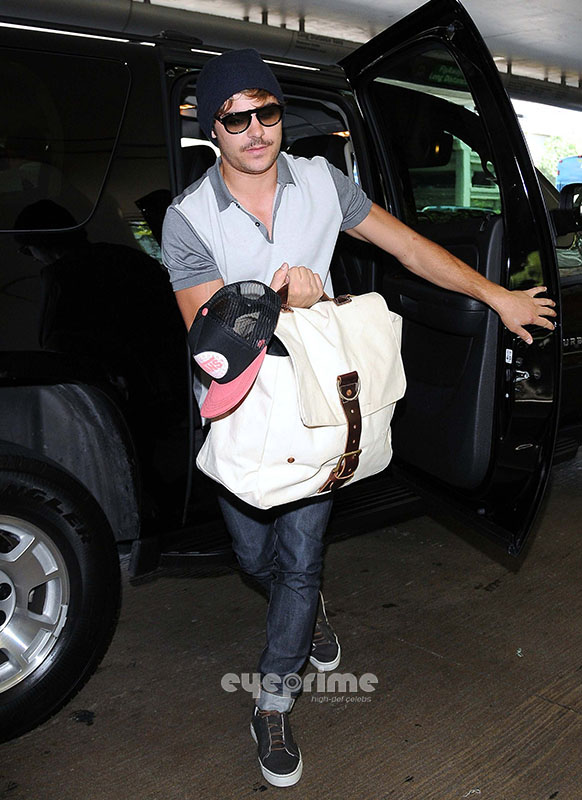 We've seen the image before but this is a lot bigger :) 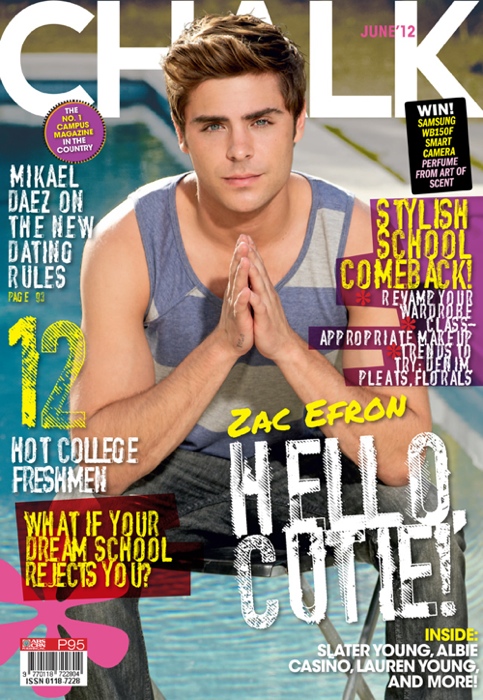