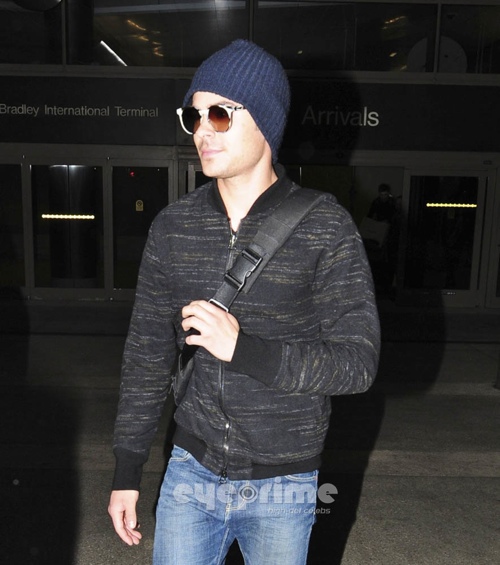 Final Weekend Numbers are in from BoxOfficeMojo and The Lorax scored number one again with $38,846,020 which is a reasonable drop of only -44.7%. The cumulative domestic box office gross is $121,724,850. Without adjustments for inflation, this means The Lorax has already become Zac's film with the highest lifetime domestic gross. Not surprising since it is an animated flick, but still nice. The domestic total should eventually end up over $200 million.

Zac will be presenting at the Nick Kids' Choice Awards - THR.

The second part of the Nova interview with Zac was posted - Part 1 and Part 2.

This is a really cool fan story from last April about this girl's dad who was sitting next to Zac at a Dodgers game. Please go and read the full story (and see bigger pics) at her blog, but the highlight is:

I told him how jealous I was and that I want to get a picture with him. Next thing I know, my dad sends me a picture of the back of Zac Efron's head with some picture from maybe grade 6 he has of me... I guess the only photo he had in his wallet? Anyways, I got the picture and thought that it was hilarious. Next thing I know I got sent this picture with Zac Efron holding up my little grade 6 embarrassing photo! I was so confused how this had happened, and my dad explained that his friend he was with was laughing so hard about my dad taking a picture with the back of Zac Efron's head, that he tapped him on the shoulder to show him it. He apparently found it hilarious and offered to take a picture WITH my little photo! On her blog she also describes how her dad met David Oyelowo. This was all before The Paperboy but somehow the dots were all connected and this happened, which in my mind, is so fucking awesome, lol.