In his hotel in São Paulo

After Zac arrived in São Paulo this morning, he went to his hotel and spent some time meeting and talking to people. 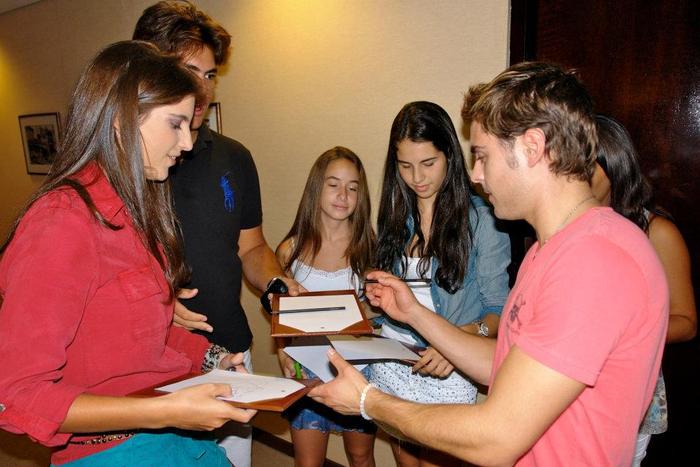 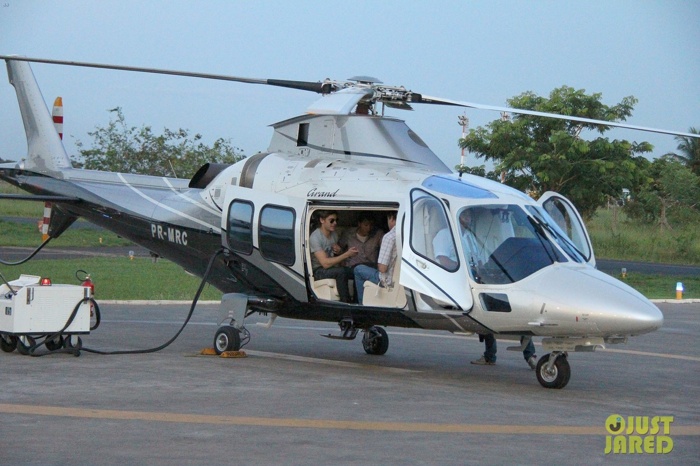 I should not be laughing this hard... from GossipCop:

According to the National Enquirer, Zac Efron has a “HUGE crush on Nicole Kidman,” his co-star in The Paperboy.

“He thinks she’s the most beautiful woman he’s ever laid eyes on,” reveals a so-called “insider,” adding, “Zac said if Nicole wasn’t married, he’d put the moves on her hard.”

And that’s why he dropped a condom at The Lorax premiere.

The Enquirer alleges that Efron’s recent red carpet miscue was all part of a plan to “impress” Kidman.

Efron dropped the “gold magnum condom – which is used by well-endowed men” because, as the magazine’s source explains, “He knew reports of the incident would get back to her.”

“He wanted to let her know what kind of man he really is,” says the Enquirer insider.

Because he (supposedly) has a “crush” on a (happily married) co-star, Efron accidentally dropped a condom during an unrelated event and immediately scooped it up, all in the hopes that Kidman would hear about his endowment?

Sources close to Efron (literally) laughed off the Enquirer speculation, adding that while he liked working with Kidman, the alleged condom caper is just tabloid fiction.

AP
Dork Shelf
Entertainment Weekly - "Zac Efron nicely voices Ted."
Gannett (Bill Goodykoontz, Arizona Republic)
The Hollywood Reporter - "Zac Efron brings a youthful wholesomeness to the role of Ted."
Playlist
Reelviews
Screen Daily - "The vocal performances are uniformly splendid. While White is a bit underused as Ted’s Grammy Norma, all of the actors inhabit their characters with aplomb, and display a solid sense of tone and timing that fits with the material."
Slant
Time Out New York
Variety
Collapse