Most of it we've seen, but here is the majority of the Ellen interview from her YT channel:

Just in case you missed anything, here are the other parts of the interview: the duet, dance dares, and Taylor's cat fail. The final interview segment wasn't included so I put it here. That's where Zac talks about Audrey Geisel sending him a letter. And if you want, I made an MP3 of their song here, 'It's really weird, really weird.'

There were two trailers for The Lucky One released, international last week and a second trailer this week. The previous trailer and featurette really has all the footage, except for this:

But if you want to watch them again, ( Collapse )

Also MarkMeets posted that the UK Premiere for TLO is scheduled for April 23rd, location TBA.

Since we're starting to get TLO info, I got the schedule up here.

And I think I haven't posted yet but the dvd/blu-ray for New Year's Eve is scheduled for release on May 1, 2012. I think some of the bonus features will overlap promo videos but hopefully the deleted scenes and the gag reel will be interesting (aka I hope they include all footage of Zac and Michelle dancing). For more info, click here.

From the IMDB homepage: 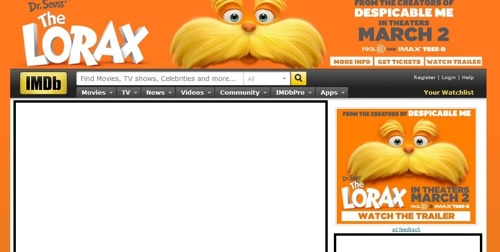