I'm kind of bored waiting for more reviews (they need to stop watching new movies and write reviews! LOL) so I'm just going to go ahead post what we have so far even though some reviews are still pending.

The second screening was yesterday morning and also got a standing ovation and lots of love on twitter. So I've got some twitters, reviews and other comments from the cast on Zac's role. We'll start with twitters about Zac: 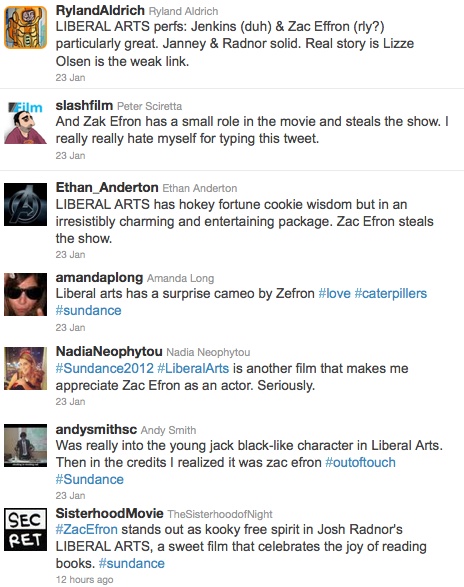 P.S. Slightly OT to above but Sparks has said they're doing some promo shooting tomorrow for TLO so that's exciting.