NAH, jk... partly. I don't think he ever truly professed love for the SF 49ers (or the Seahawks outside my photoshopping) despite being from around those parts. And Drew Brees did try to teach him how to throw a football (even if he apparently failed**). So, w/e... I forgive him for his 'who dat?' loyalty, lol. sapphia for alerting me to this new Paperboy poster from cine1.com.ar, HQ @ source: 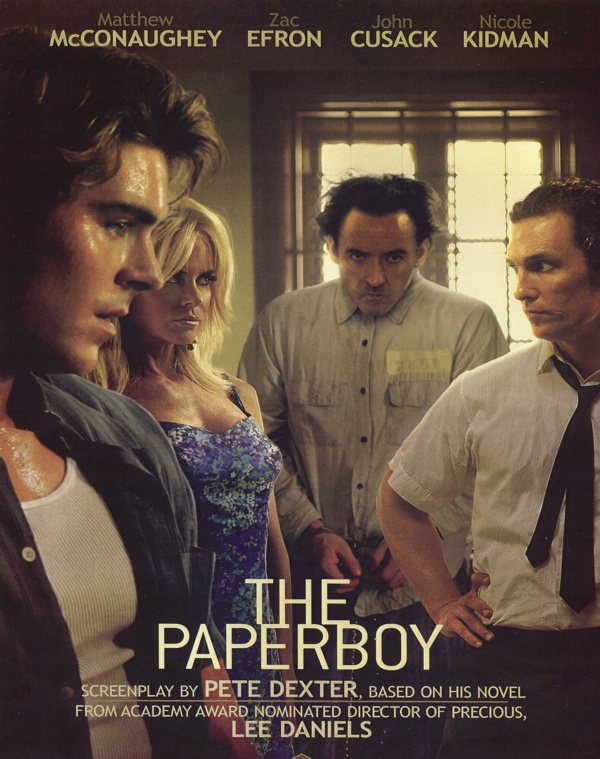 Updated with untagged version (see post above for details).

The producer seems really pumped so hopefully it is as good as he says, lol:

ETA: I HAVE BEEN INFORMED THIS POSTER IS ACTUALLY AN OLD POSTER, KIND OF AN IN-HOUSE MOCK UP TYPE THING AND IS NOT OFFICIAL IN ANY CAPACITY/WAS NOT INTENDED FOR RELEASE. JSYK.

Whoops, forgot to post this with the new poster earlier but there was an Italian interview with Lee Daniels posted recently. Online services provided mediocre translations so I kind of made a smoothed over one by mixing all of them.

In what sense?
The stars I ended up with were not who was thought of originally. For the part of the protagonist I thought of Sofia Vergara, but behold got Nicole Kidman, who after not really engaging roles, wanted to return to the height of darkness/trouble (like Van Sant's To Die For in 1995). She changed her hair and look to be more aggressive. Then I contacted Tobey McGuire but I got John Cusack, Bradley Cooper was replaced by Matthew McConaughey. And we have the teen idol, Zac Efron. He confessed to me: "Kissing Michelle Pfeiffer was amazing but Nicole was too much, I was embarrassed to death."

Daniels also mentioned that it is a beautiful story and he was happy that Almodovar had been interested, that they had similar tastes. He also said it would be released in November in the US. IMO, it may end up in November but at this point I think that is kind of just the goal and nothing certain.

Other Paperboy news. Somewhere David Oyelowo mentioned that Daniels rewrote the part for him. And, though it was on imdb already, a blog posted about Mario Grigorov scoring the film.

And, ty Sara at breakingfree for linking me to this HQ HQ untagged version of The Paperboy poster here.
Collapse