"Stars - they're just like us," mutters Sofia Vergara at one point in Garry Marshall's upcoming mutant rom-com "New Year's Eve", a follow-up of sorts to the director's hugely-successful 2010 "portmanteau film" (Marshall's preferred term ) "Valentine's Day". And it's true, you know.

Case in point: "High School Musical" dreamboat Zac Efron. Sure, he may be tall, handsome, famous and wealthy and have amazing hair, but like any average twenty-something-year-old young man he's also got a thing for MILFs. Specifically, in this case, the still-beautiful 53-year-old movie star Michelle Pfeiffer.

"I met Michelle a few years ago during 'Hairspray' and had a huge crush on her, always, from day one," said Efron, speaking about his last collaboration with the triple-Oscar nominee. "And back then I was very, very young and very bashful, and around her I tended to put my foot in my mouth a lot. I didn't really know what to say to her, and everything just came out wrong...I didn't know what to do. But then I got to talk on the phone with [her] about this part, and she said, 'I think we should take this to the next level. We should...get a kiss in there.' And I was like, 'I'm in! I'm in this movie! Sign me up! Let's do it!'...It was awesome."

And then, to Michelle: "Every second with you was amazing."

"Aww!" cried a chorus of female voices, resounding in the rarified air of the swanky Beverly Hilton ballroom where the film's press conference was currently being held.

"We didn't really talk that much before at all, until we showed up. And I think he was a little disappointed when he opened my trailer door and there sat 'Ingrid'," said Pfeiffer, referring to her mousy character, a repressed executive secretary. "And his little face just kind of fell. I felt really bad. But I think probably the sweetest thing about him was that he never let on, and he still won't admit how disappointed he was!" Also Abigail was apparently excited to meet Zac. From CNN:

At 15, Abigail Breslin is already a star in her own right, but that doesn't mean she isn't capable of a fangirl moment.

Speaking to CNN on Sunday, Breslin recalled the moment she met her celebrity crush - who also happens to be her "New Year's Eve" co-star - Zac Efron.

Abigail and the 24-year-old actor actually didn't have any scenes together - Garry Marshall's holiday-themed film is overrun with famous faces - so when she heard he was nearby, the waterworks started.

"I heard he was in the same building as me, so that's what first brought on the tears. And I think everybody here saw me cry a little bit," the actress recalled. "And then I went in to meet him, and I was like, 'No, no, no, I can't do this.' But he was so nice!"

During their actual meeting, though, she must've played it straight because Efron told us that he would not have guessed she had a crush.

"She played it off really well. I had no idea," the actor said. "It's so funny coming from a fellow artist. I think she's so amazing; she's so funny in this movie. She's a darling."

Sundance Institute announced today the films selected to screen in the out-of-competition Premieres and Documentary Premieres sections of the 2012 Sundance Film Festival. The Festival will be held January 19 through 29 in Park City, Salt Lake City, Ogden and Sundance, Utah. The complete list of films is available at www.sundance.org/festival.
...

Liberal Arts / U.S.A. (Director and screenwriter: Josh Radnor) - When 30-something Jesse is invited back to his alma mater, he falls for a 19-year-old college student and is faced with the powerful attraction that springs up between them. Cast: Josh Radnor, Elizabeth Olsen, Richard Jenkins, Allison Janney, John Magaro, Elizabeth Reaser.

mirandagirll for alerting me to this tumblr which had this! 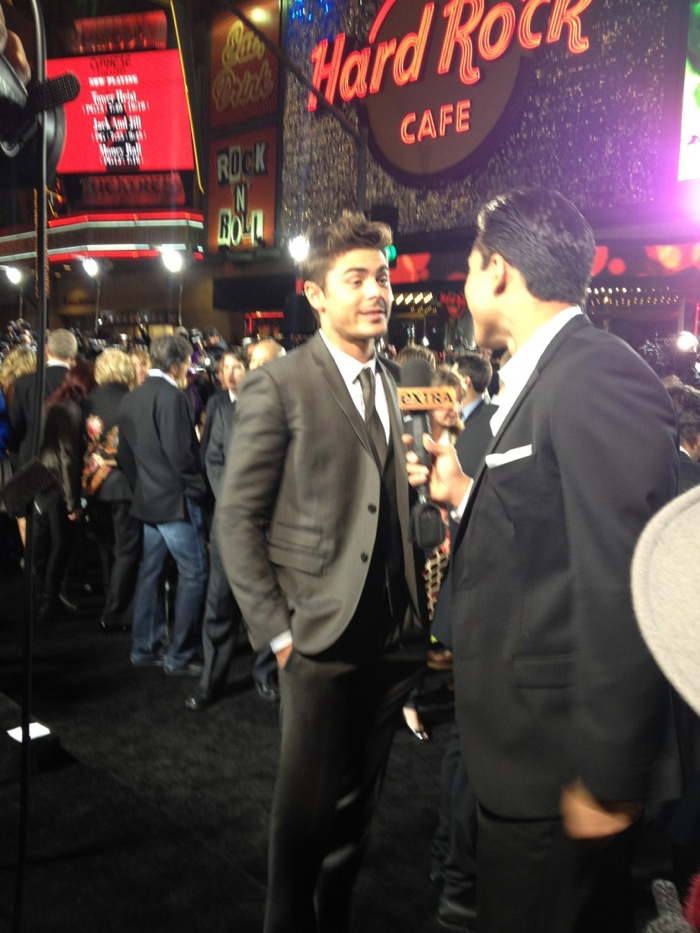 I have video, it is uploading now!