Among other things (aka call sheets, slates, set signs and fb chatter), having the producer still reference it as untitled probably means that they haven't actually settled on 'Heartland' as a title. For what it's worth.

Director Lee Daniels had long planned for David Oyelowo to play Martin Luther King Jr in Selma, until that film suffered a series of setbacks. Daniels instead just set Oyelowo to play the role of Yardley in The Paperboy. He'll play a journalist who teams with another writer (Matthew McConaughey) to investigate a murder conviction for a death-row inmate (John Cusack) in Florida.

Someone commented on Deadline saying they thought this was the role that Maxwell was cast as but perhaps he had to drop out. If so, I'm kind of feeling it is an upgrade as Oyelowo is awesome.

Yardley isn't black in the novel, but I think making this change in the film could be brilliant. Inserting a black Yardley into a small Southern white town in the late 1960s adds a lot to the story without having to spend a lot of time saying much. Definitely more interesting than the just vaguely hippie manwhore dandy Yardley of the novel. I doubt they even have to change much of the dialogue, just play it slightly differently to add a lot of subtext on racial tensions. It will make how Zac plays Jack's interactions with Yardley more complex and challenging. But best of all it took a thin character and made him far more complicated and even perhaps adds to Yardley's motivation for why he wants Hillary to get off scot free. 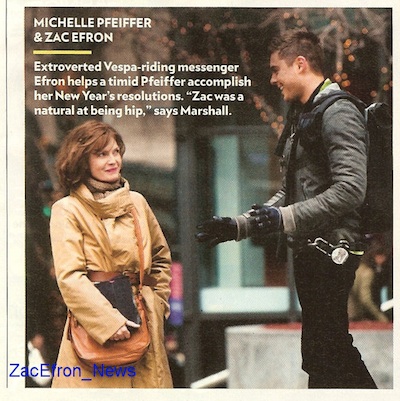 Also, I made a slowed down version of just the Zac/Michelle trailer bits since I think I saw people wishing for this. I took the sound out cause it was just weird (and I'm sure you all have memorized it by now anyway, lol)...