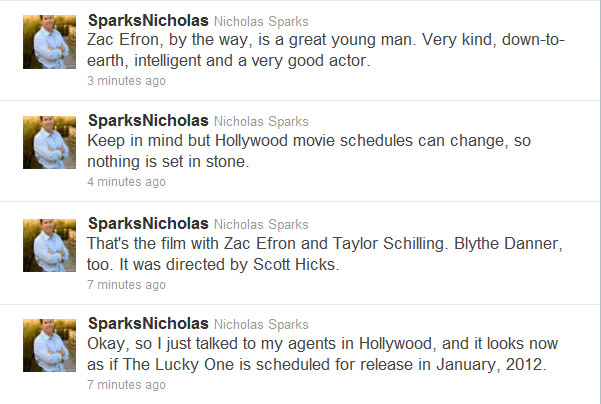 Tbh, I'm not sure if that is really a definitive date or a placeholder. I don't doubt that 2012 is a possibility but the WB has already a female-skewing movie scheduled for Jan 13, 2012 (Joyful Noise) and there is another family movie and a Katherine Heigl movie scheduled for that month. Considering the existing schedule and the demos, January doesn't seem a likely release month imo unless they make other changes. I can imagine someone said beginning of 2012 and it was taken for January... idk. Either way, until a release date is announced through BOM/ERC/trades, it's all spec. And should the WB have actually set a January date, we should hear about it soon. - Bee

People had a brief article about Zac being out the other night:

Zac Efron got the VIP treatment – literally – while clubbing at Roxbury in Hollywood. The actor requested that the club open up its VIP section, which was closed, then headed upstairs to dance. The lights were dim so the single actor could have privacy, a source says. He also had his own bottle of tequila, and got cozy with an unidentified female.

According to E!Online he was also at the Victoria's Secret Swim Party in L.A last night.

Don't forget to vote for Zac at the MTV Movie Awards:

Click to vote for Best Male Performance and Best Kiss!

Zac was at the Lakers Game last night (31 Mar): 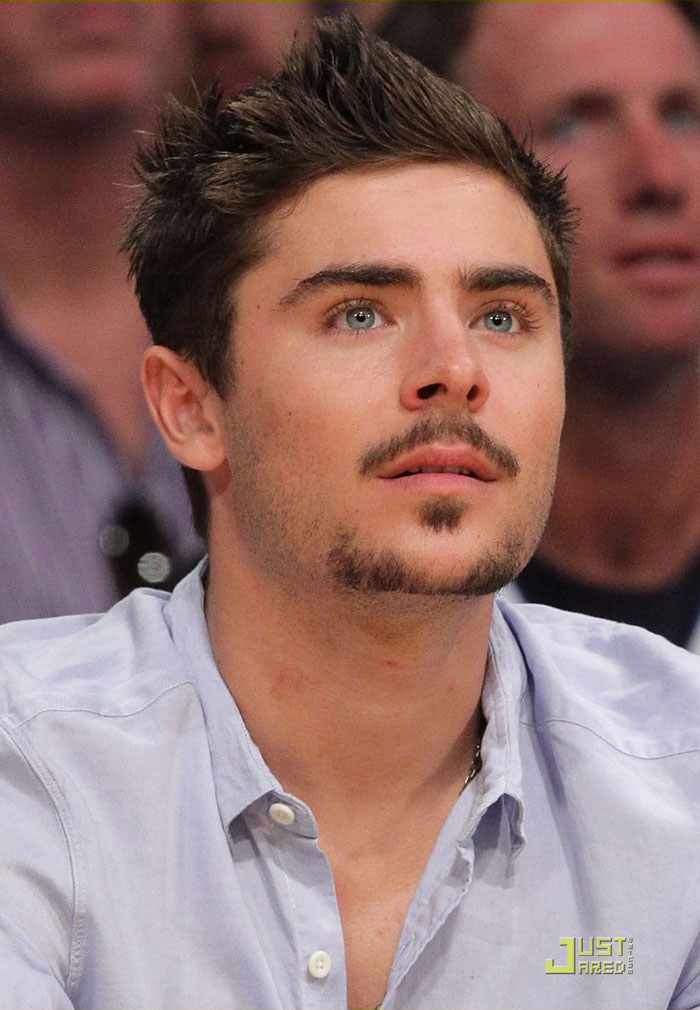